MY TURN: 3 EVENTS I WANT TO ATTEND BEFORE I DIE! 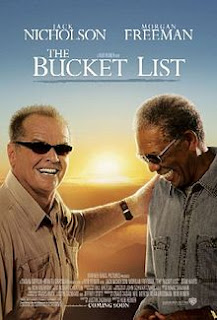 One of the most underrated movies is a movie called "Bucket List" It's a story of two terminal guys played by Jack Nicholson and Morgan Freeman who escape from a cancer ward on a road trip to complete their "to do" list before they die.

As a man in his late 30's, I have my own bucket list...3 things I would like to do before I die....So here they are in no particular order: 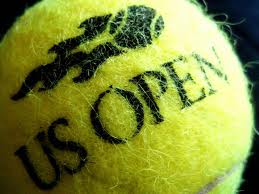 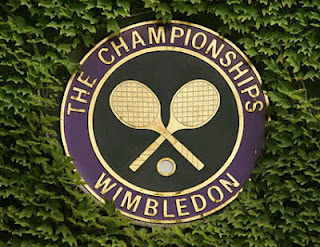 My last two years of high school I was absolutely enamored and addicted to the sport of tennis. This was back in the golden age of American Tennis in the late 80's, early 90's. Names like Andre Agassi, Jim Courier, Michael Chang, and of course the great Pete Sampras dominated the tennis scene. I even knew lesser known Americans who had success like MaliVai Washington and Todd Martin. Whenever tennis came on, I would stop whatever I was doing and sit in front of the TV and absored every point, every serve, every dramatic moment a tennis match brought. I played tennis for my high school for two years, and although I never achieved much success...I really enjoyed playing the sport. The two marquee events for tennis were the Wimbledon and the US OPEN! Back in the day, Wimbledon was on HBO and the US Open was on the USA network. Every year, i would plan my days around these events so I would miss a single match.  I would tape every match and watch it over and over. I told myself someday I would attend these prestigious tennis tournaments one day. It's been 20 years, and I still have been to either. I think I'm more likely to attend US Open over the Wimbledon, but damn it would make my life if I were to attend either or both of these tennis tournaments!! 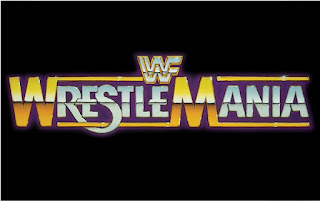 As a kid growing up, I WAS AN ABSOLUTE MARK FOR PROFESSIONAL WRESTLING and particularly the World Wrestling Federations (Entertainment, now) - WWE! I thought it was the greatest thing ever invented. I grew up in the Hulkamania era. I loved them all from Hulk Hogan, Junkyard Dog, Randy "Macho Man" Savage", Ultimate Warrior, "Million Dollar Man" Ted Dibiase, The Rock, "Stone Cold " Steve Auston, The Undertaker, and every wrestler till about 2007 when I stop watching it..Yup, I watched wrestling religiously until I was 35! The WWE's signature event was Wrestlemania, the "SuperBowl" of all of professional wrestling. When all the stars came out and shined for one night, when all the wrestlers gave their best effort in putting on the greatest show on the earth. I've watch EVERY Wrestlemania and relished every wrestlemania moment. My favorite moment wasn't even a match, it was Wrestlemania 7, I remember every detail up to this day. It was the retirement match between Ultimate Warrior and "Macho Man" Randy Savage. Savage lost and had to retire, but not before he was reunited by his true love, Miss Elizabeth, check out this clip:

IT was an emotionally charged moment which defined what professional wrestling is all about!! I LOVED IT!!! I've heard the buzz at being at a live Wrestlemania is an incredible adrenaline rush, and I would like to experience it one day! Attending a Wrestlemnia live would be the ultimate gift for this guy who loved professional wrestling from time he was a young kid.

There you have it, the 3 events I want to attend before I die. I'm 38 now, and I'm not sure if I'll be able to do any of these things, but it keeps me a sense of hope that if I keep trying, one day I'll be a one, two or all these events.