Want opinions on a slew of poker hands I played the past two weeks. I'm always seeking advice to improve my game: 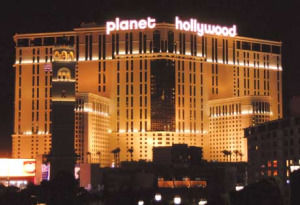 I think I played this horribly wrong. This was a early Wednesday morning game, so it was 5-handed with two extremely aggressive European players with a lot of chips. Euro dude straddles...Open limp from the weak button, I'm on the Big Blind with KK and $175 behind. The trend for the Aggressive Euro guy was to raise his straddle if the table showed any type of weakness. My plan show weakness by just calling the straddle and hoping the Euro would continue his trend of raising, where I can play a big pot with him. Only drawback was he would have position on me the entire hand. So I completed the straddle, and on cue, the Aggro Euro raises to $16..button limper calls...I thought about re-raising at this point, but with only 3 players in, I figured I could be deceptive with my KK, and hopefully undervalue my hand. Also, I've been playing fairly tight up to this point, so if I re-raised, I would define my hand and probably wouldn't get the action I wanted. The flop comes K62 rainbow. I thought about leading, but with this dry board, I felt the Aggro Euro would bet his entire range, then depending on what the button does, I would find the best course of action. I checked the flop, Aggro Euro bets $25, Button folds. I decided to just call because, as I said, the guy is probably betting his entire range, and with this dry board, if I raised, he's probably probably not calling with anything but AK or a set...The one aspect about this Aggro Euro is he many be aggressive, but he wasn't stupid, he knew when to shut down when the action got heavy and he didn't have the goods. So I called the $25, Turn is a Ace.. I check again. Aggro Euro fires $30 to the pot....I decide a raise was in order. I raise $50 more to $80 total, Aggro Euro folds rather quickly. After analyzing the hand, I think the more optimal play was to call the $30, then lead the river for about $75-$80...The board was so dry, My Set of Kings was probably way ahead of the Aggro Euro's range, so maybe I could have let the river peeled off and maybe he'd make two pair..something to pay me off. So maybe I didn't get maximum value for my hand... 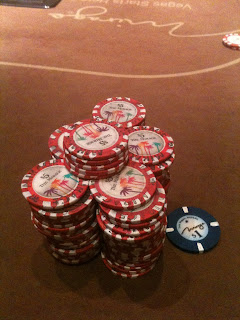 On contrast, I think I played this hand really well. This was a typical Mirage $1-$2...mix of solid and loose weekend players during Kentucky Derby weekend. Started with $225..Five limpers to me in the small blind, I complete with 10 2 spades...Big Blind check, and we take the flop 7 handed...Flop comes Q J 9 with Two spades...With 7 players in the pot, and playing out of position the entire hand, I took a passive approach...If I bet here and get raised, I may be forced to play for my entire stack. With a straight and flush draw, this could be the optimal play, but I only have a 10 High flush draw, I could be facing an Ace or King-high flush draw. I wanted to see how the action developed before I made my decision to play forward with this hand. I check..BB bets $20...called by one other player, I decided to call again.....Another factor is both players have me covered .. BB had $340 and the caller had over $400 in front....Turn is 4 spades, completing my flush. Again, I take the passive approach, Since it was a limp pot, bigger flushes could have been out there...so I check...BB bets $40...Limper calls again...I call....River is a 10 diamonds..I check again...BB Bets $50....Limper folds. The BB has now bet on 3 streets, and was representing strength, but I had gone this far and since I was drawing to the flush I had to call the river bet and hope I didn't run into a bigger flush....I called, BB turns over K7 off suit for a meaningless straight. I rake the pot after showing my 10-high flush. Yeah, I probably played the hand too cautiously, but I just felt not committing too much of my stack with an inferior flush. I think I would have to fold my draw if I bet the flop and get raised. 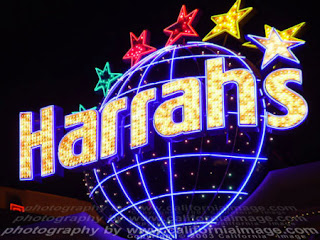 This is a simple one...This game was fairly tight, usually is someone raised and got a caller, a continuation bet on the flop would do the trick, hands rarely went to the river. I was able to build my stack playing positional poker. Checked to me, I always bet and won 90% of my hands uncontested. Anyway, folded to the a straight-forward Asian Local who raises to $10 from a $240 stack. I call from the button with 99...BB calls. We take the flop 3-handed... Flop comes 3 8 2 Rainbow....BB check..Asian Local bets $40...I insta-fold, BB Folds as well. The Asian Local proudly shows KK.  The key to this hand what was the reason to play 99 and fold when the flop comes with a a bunch of small cards. I played this hand for one reason -- TO GET THE ASIAN LOCAL'S ENTIRE STACK!! I immediately put him on a big pair, cause this guy played a bland "ABC" type poker. I seen him limp with AK or AQ suited, so I knew his raising range was very tight...JJ and above! I felt if I flop a set against this range, he would overplay his hand and give me his entire stack. I guarantee you if the flop came 9 -3 -2...He could have given me all his chips with his pocket Kings. Another reason I folded was he made a slightly over bet the pot on the flop...If I called his bet and another plank fell on the turn, I may be facing a bigger bet on the turn, then I wouldn't know what to do...probably fold...Why waste $40, if you're not sure where you are?? Tight Locals always overbet their over pairs because they're always afraid of getting outdrawn. Against these type of players if you flop two pair or better against their over pair, they usually will shove the rest of their chips in the middle. They're an excellent source for a timely double up!!