Poker is my passion

Let me take you on a journey to how I wanted to be the next Stephen King....

When I was a teenager, I read every Stephen King book I could get my hands on. There a used book store down the street from my house where I would scoop up all the Stephen King books for a $1 or $2 (Cant remember the exact amount), and sit in my room and read every book. I also took a drama class for two years, not sure why I did it, I just thought acting was fun and wanted to see if I could do it (Needlessly to say, I wasn't any good). I learned a lot about the power of acting from one of my favorite teachers, Mr. Paul Hampton, who doesn't realize how much he impacted my life back then. I combined these two elements, reading fiction, and acting fiction, to become a creator of fiction.

It started with a purchase of a notebook and a pencil. The first story I wrote was a horror story about a guy who was killed and somehow he came back alive to avenge his death...it was corny, stupid, but at the time I thought I was brilliant. Then I wrote another story: This is one was a about 10-year-old girl who escapes from her mother's abusive boyfriend. The title was "Within her". I remember the main character's name was Bernie, short for Bernadette. I used that name because I heard the name Bernadette on TV, and wondered if anyone used Bernie for short. "Within Her" was 30 pages long, I think to this day, it was the best thing I ever wrote. I thought my characterization of this 10 year girl was pretty damn good for guy who started writing short stories.

After those two stories, I wanted to do more, but I wanted to become a better, more sophisticated writer. So I went to the mall and entered a WaldenBookstore, gazed through the porporri of writing books and two books caught my eye: 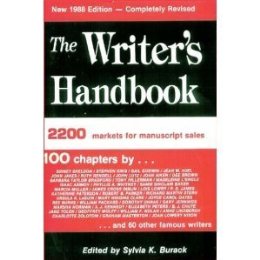 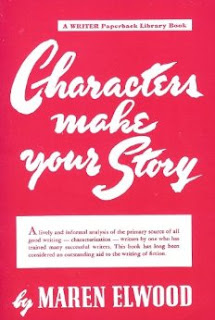 For the next two days, I think I read each book cover to cover twice! I was mesmerized by the information, and wanted so badly so incorporated some of these brilliant teaching. I wrote several more short stories, and with each passing one, I was gaining confidence, feeling I could do this.  Then one day, I thought, I'm going to write a novel...

I was in college at the time when I started writing this novel, I wanted to write something a dramatic piece telling the stories of two friends, who drifted apart, had a secret that only they knew. One friend fell on hard times, the other was on the verge of becoming something great. Their worlds would collide bonded by a secret that could ruin the very fabric of one of their lives. The working title, "Back to Basics". So I bought some spiral notepads and spend every free second writing this novel. One friend, Claudia, was in a abusive relationship and a job going no where. The other was Lori, who moved up the political ladder in Columbus, Georgia and was on the verge of running for mayor. The first 6 chapters I alternated from Claudia's and Lori's story until they're lives intertwine in a story of love, blackmail, and deception. I remember all the writing techniques of the books I read especially from the "Characters make your story". I remember one piece of advice, "In order to make your story believable, you have to make your characters believable." I stuck to that moniker with every world forming from my pencil. I was so in-tuned with this story that I would sit in my room all day not realizing when day turned to night and night turned to day. The novel was coming together perfectly, and I was so proud of what I was producing

When I reached Chapter 7, I stopped writing the story. I was at a crossroads in my life, I dropped out of college to join the Air Force. I remember tucking everything in a box and took it to my first duty station in Charleston, South Carolina. As soon as I was settled, I began writing again, but instead of writing everything in longhand, I bought myself one of these: 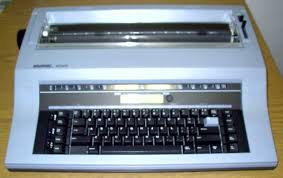 Not quite this model, but you get the idea...lol

When I bought a typewriter, I become immersed with this story. I would come home during my lunch hour, and write. After work, I'd work all night till way pass midnight. ON weekends, I would type and type and type. Piles and piles of paper with my words were scattered all over my room, I had a box full of used typewrite ribbon which I bought up from a local office story. All those sweat from days of writing this story took a lot from but alas...

5 year later, I completed my first novel, and settled on a title, "Claudia" She was the true focal point of this story so I thought it would be appropriate to name the novel. The day I wrote the last word was one of the proudest moments my life at the time. I was 22 years old, and I just wrote a 200 page novel.

When I completed the novel, I didn't know what to do next. I never let anyone read it, because I just didn't think my friends would understand. Most of friends knew I was a writer, but they didn't seemed into it, so I never forced them to read any of my stuff so I put the "Claudia" in a box and never let anyone read it. Regrettably, it's the only novel I ever wrote. Sure I tried to write other novels, but nothing seemed as good or as satisfying as that first one. It got to the point where I was frustrated and gave it up all together. The next three years I was station at Charleston, that "Claudia" novel stayed in a box in my closet, along with those two books I purchased from Waldenbooks never moving from its spot.

After that I went on with my life, doing to the Air Force thing for the next few years gained other interest, working 40 hours a week, becoming the best airman I could be, and I never wrote another thing since then.  When I got orders to move from Charleston to Albuquerque, I somehow lost that box on the move. I'm not sure how I lost it. I think I accidently threw it away. I was devastated when I lost that novel. Words can't describe how terrible I felt when the realization that "Claudia" was gone. In Albuquerque,  I tried to recreate the novel, but I couldn't do it. I felt wasn't doing to the original justice so I scrapped it all together and moved on with my life....

17 years later, I was blogging about my wife's surgery and the thought of that "Claudia" novel popped into my head. The motivation started creeping in that I want to recreate that novel I wrote many moons ago. But as I reached my 40's my memory was fading as to how I good I was writing that novel. I didn't set out to write "Claudia" because I wanted to be the next best selling author, I did it because I developed a passion for something I enjoyed doing. It gave me a sense of fulfillment, a sense of completion, a sense of pride that I wish I could get back.

"Claudia" was definitely my first love, and most importantly, it was my first passion.