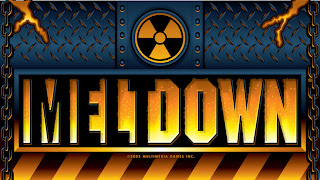 'Want to start by saying, everyone who plays poker no matter how good you think you are, or how bad you think you are, are bound to have a meltdown at some point. The key is minimizing those meltdowns. Alas, they do come when you least expect it. At times, you don't realize it's happening until you're shipping your entire stack to your opponent.

VILIAN: Aggressive Asian dude with a Golden St Warrior T-Shirt. Never said a word the entire time I sat until he muttered those deadly words to me (more on that later). Probably a good dude, just not when we're playing pots together.

SET UP: I'm sitting in Seat 7, Villain in seat 9. Been playing for about 3 hrs when the meltdown occurred. I have 225 in front of me...He's sitting with 200. I intended it to be my final orbit, and as you will see...it was. Villain had a habit of raising his button every time action was too him especially if there were multiple limpers in front of him...Only time he didn't raise he's button is if there was a raise in front.

HERO MISTAKE #1: Two limpers in front of me, and I'm dealt the lovely AQ off suit, and limp behind. I should have raised. AQ is not a hand I want to play with multiple players. Should have tried to reduce the field

HERO MISTAKE #2: I was tired and looking for an excuse to leave the game, but my stubbornness prevailed

HERO MISTAKE #3: Villain raised to $15 folded around to me...I nonchalantly toss in three red chips to complete the call. The play was to either raise or fold...learning towards raise. Because he was raising every button, his preflop raising standards was very wide...I could have made it $35-$45, and maybe take down the pot there or depending on his course of action, I could narrow his range and play accordingly. Although I would have been out of position the entire time.

HERO MISTAKE #4: Flop comes out KQ4...I checked, Villain Bet $25..I call...I think leading out is the play here. A probing bet of $15 probably would have giving me the information I needed. Cause he's folding a ton of hands in his range here...If he calls, I would definitely check the turn (Unless I hit a Q or A), and reevaluate according to his action. A raise, and I'm folding 50% of the time cause I don't want to play a big pot out of position.

HERO MISTAKE #5: Forgetting my #1 cash game rule: Never play a big pot unless I have the nuts or close to the nuts

HERO MISTAKE #6: The turn brings an 8...At this point the mistakes are compounding quickly and larger like a goddamn snowball as big as one of those wrecking balls. I check again. Villain bets $50. At this point, my feeble mind should have set off signals that this guy has the big hand to be betting this much....I peek behind his arms and see he has around $90 left...Another clue...HE WAS POT COMMITTED!!!!!!! If raised all-in, he would have been forced to call. And Of Course, I cant beat anything at his point...I guess a feeble QJ maybe but I seriously think he's not playing QJ Postflop that way.....Then it happens..... 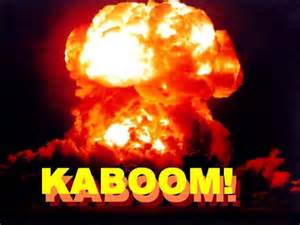 Triumphantly, I announced "ALL IN" as if I'm some great player with the "Greatest Read in the History of Poker". The Villain instant calls...
"Do you have King" I gulped.
Villain nods,"Yeah" as he turns over KJ
River bricked out and I'm shipping nearly my entire stack two my left, leaving the remanence of my epic meltdown: $22.

I get felted a few hands later. I nearly reached into my pocket for another buy in but decide it was better to lick my wounds and not try to chase my losses.

EPILOGUE: As I'm driving home, I got over that AQ hand in my head, and list all the things that went wrong. As you can see..A LOT!!!!!! Despite this legendary meltdown, it by no means shook my confidence as a poker player. I had one really terrible session where I didn't lose because of a bad beat, set over set, or a horrendous river suck out...I lost because I played one hand terribly and in no limit that cost me dearly. Truthfully, this probably won't be the first or the last meltdown I'll have as I prod through the life as a poker player, but learning from it is the key. 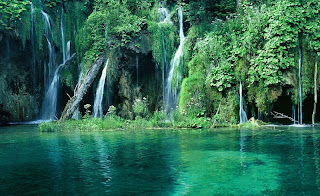 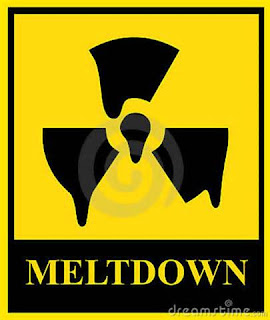