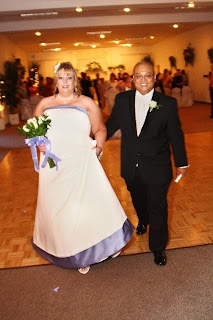 The end game to all this is my wife and I will never be able to eat at the Main Street Station Seafood Buffet, one of the best value buffets in Las Vegas. It doesn't hurt it's also one of the best: RAW OYSTERS, HUGE SHRIMPS, AND OF COURSE, THE BEST CRAB LEGS IN THE CITY! Damn, it's gonna suck, but I may just go there by myself..

Now on to PART II

My iPAD became my best friend as I watched the clock crawl at a snail's pace, I was watching a WWE DVD, not sure what it was, but I remember staring at it, listening to it, but not knowing what the hell I was watching. All I remember is the nervous energy consuming my body. I kept thinking, "Let this be over already. Let my wife be okay!"

As the surgery entered the 2nd hour, I starting pacing around the waiting area like a caged tiger. According to the pre-op discussions we had with the doctors, the procedure was supposed to take an hour, but here I am, full of bottled up energy, staring at the clock entered the 2nd hour. Finally, I sat down and felt nervous, but not the excited nervous I had, but a depressing nervousness. As I continued to watch doctor after doctor come out of the operating area, I thought, What if something had gone wrong?

Finally, Tonya's doctor came out and explained to me everything went well, and I would be able to see her in an hour. I felt a rush of relief sprout from my body, and sat back down, taking a deep breaths as I did, I felt like a balloon being squeezed slowly, but it was such a great feeling knowing my wife made it through the operation.

I entered her room an hour later, and I saw a nurse working on her, She was slightly awake...I kissed her on her cheek and asked her how she felt, "Sore" she whispered. I asked her how the operation went but she was going in and out of consciousness, so I didn't push it..I was just so happy she was alive and other than looking like she got hit my freight truck, she looked healthy. Of course, the weight loss surgery didn't do anything immediately, I knew this was the beginning of the journey of the new Tonya Baltazar.

Next Friday, will be the one-year anniversary of that surgery and did everything I thought come true. You damn sure it did: 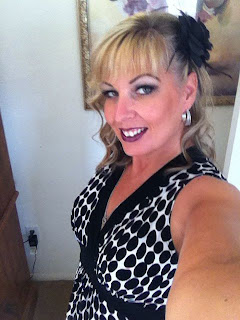 The happiness she has now isindescribable. She tells her friends, family, and or course her husband that this is the best decision she's ever made in her life. Every time,  she comes home, she always has a story of how someone says how great she looks especially those who hadn't seen her in a while. The glow in her face, the beam of her smile, the look of pure joy written all over her makes me, as her biggest supporter, the happiest, jubilent, and most importantly, the luckiest man in this world.