THIS IS A POKER BLOG -- LET'S TALK POKER 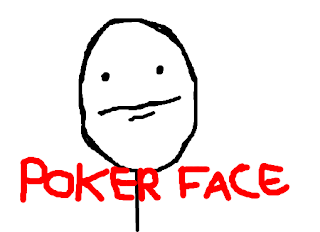 It's been awhile since I wrote about my favorite leisurely pastime: the great game of poker, so let's talk about this game shall we...

I used to play a lot of online poker when it was readily available, and I used to make pretty decent money at it. In fact, I hate to pat myself on the back (but I will), I made some very supplemental income. According to number of websites, I've made over 35K in tournament winnings, not to mention I've carved my teeth in the 2-4, 3-6, 5-10 Limit cash games on Paradise Poker and Poker Stars. The best part about playing online was these ridicously high prize pools for micro buy ins. You can play a $5 tournament on Pokerstars and if you can navigate through 5,000 people, there a huge pot of gold at the end..usually between 3K-5K. It was insane how much money you can make playing online poker. Although I never made "life-changing" money, I did pretty well, that was able to withdraw $100 here, $300 there, $900 here. Checks would come in a week or so, I never had a problem cashing them..it was the ultimate "second job". It was lucrative, addicting, and fun, then every online poker players with dreams of playing poker a living in the UNITED STATES shattered when this happened: 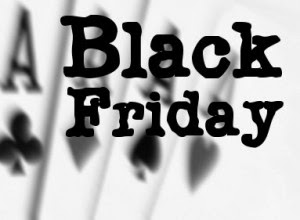 I remember I had just cashed in a $2 tournament on PokerStars, ran some errands, and when I went back on my computer to log onto PokerStars, I got this: 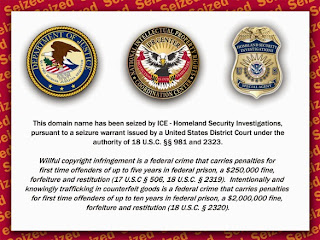 Of course when the reality of not having online poker set in, I had major withdrawls. For weeks, I logged on to PokerStars and tried to get on hoping this was just a bad dream, but everytime I would get, it would tell me I couldn't play online poker....it sucked!!

FAST FORWARD to Apr 30, 2013...The day Ultimate Poker opened it's legalized, regulated online poker in the state of Nevada. Funny, I wasn't rushing to my computer to make a deposited because something unusual happened on my way to online poker riches...I didn't have the desire to get back to online poker. I began to play a lot of live poker, not that I didn't play live poker before "Black Friday", but I concentrated my efforts into being a decent live poker player...that by the time poker was legalized in Nevada I was conditioned by the "live" poker way and initially I was stubborn to get back into the online poker. I'm lucky enough to be a resident of Nevada, therefore online poker is legal, and thus I can play.

My wife deposited money into WSOP.com, the other online poker site and began playing small sit and go's. I watched her for weeks having no desire to play myself, but as the days and weeks passed, I began to get intrigued (mainly because my wife was cashing a lot). Finally, I set up an account and played a freeroll. I played for an hour, busted out, and smiled because I felt the juices flowing through my blood and began to remember why I loved online poker so much. It was the convenience and the addiction of the thrill that hooked me again.

So, two weeks ago, I made a small deposit on WSOP.COM and started at the VERY BOTTOM of the ladder, 2-tabling 1c-2c No limit....NOT 1 DOLLAR-2DOLLAR NO LIMIT, 1 CENT-2CENT NO LIMIT!

Although I'm playing at below micro limits, I'm trying to look at it as playing for real money. Trying to play my "A", and making the right decisions. The thrill of winning (even it's it's 30 cents, 14 cents, or $1.26), is back and I'm loving online poker again.

From here on out, I'm going to blog about some of my sessions trying to grind from the bottom. Not thinking about money. 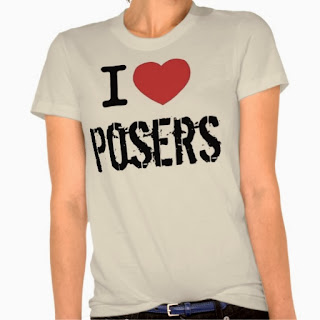 Kids, parents, interested parties, and anyone who wants to listen..

According to the Urban Dictionary, one of the funniest websites I've ever come across, a POSER is defined as "One who pretends to be someone who's not" or "someone who tries to someone with exaggeration."

In Las Vegas, you come across a lot of posers. Most do it because they're visiting and just want to have some fun, so I don't fault them. Then, you come across people, who live in Vegas, and do their best to become someone they're not...and what makes it worst, they'll always tell you about it. And, it's always unsolicited.

There's a young poser, who I've played poker with around town...we'll just call him "Broter", Broter would always play in a cheesy gray suit (similar to the one worn by the Dos Equis guy), always with the collar unbutton, hair greased up, cheap lofters, and walking in talking on this cell phone. Convinently, Broter would end his conversation when someone in the poker room approached him.

Broter started ranting about how he was just talking to girl, and she wanted him to take her to fancy restaurant or how he had sex with all these women..The funny thing was all this was unsolicited -- Not one time, did a player, dealer, floorman, cocktail waitress, porter ask him about his "exploits" with women. Here's a example of a dialogue I had with him about a year ago:

Broter, Yeah, I mean she keeps calling me and saying she want to meet me and that I should take her to Bellagio for lunch, but I'm so cheap that I couldn't. (TO THE DEALER: I'll buy in for $300, give me 20 in ones so I can tip the cocktail waitress). Yeah, I could have sex with her anytime, but man I got all these other women I need to get with that I have no time for her.

Brother: Like today, she asked me to meet me for lunch, but I told her I'd rather play poker, so consider yourself thankful.

Me: (Sarcastically) WOW, aren't we the lucky ones.

He tries to comes across as this loose aggressive player capable of making bluffs, but playing with him for years, I can tell you he is the most transparent player you'll ever face. He's the tightest nit, unwilling to gamble when it's warrants, then sits there folds and folds while getting up from the table to answer or text his phone. I'll tell you, I've won some nice pots, by always reraising him preflop because 99 percent of the time, he'll make some wimpy, pussy 7 dollar raise and I'll make it $20 and he'll make a speech about how he has a big hand (He always has a big hand when he raises), then he'll fold 99 percent of the time, saying he'll find a different spot. Although the different spot is always the same one...Broter raise, I re-raise, speech, then folds. When faced with aggression, my poser friend, Broter will usually shy from it.

I've played with Broter a lot, and I've never seen him have a big stack. I can honestly say the most I've ever seen him win was maybe 200 bucks, and that's because the deck totally hit him in the face.

Another one of his favorite lines always came when a beautiful woman passed through the poker room: "Look at tits on her, I'm going to get her number." Alas though, he would never leave his chair, he'd just sit there fold his 15th straight hand, and go back to messing with his phone.

Another thing I noticed about Broter was he would always ask the dealer if he tipped them, which he rarely did, as if he did something extremely noble. As a dealer, I noticed this cause he would be condescending to the dealers as if it a "pleasure" and his "honor" to toss a buck their way.  He was one of those "obnoxious" tippers..guys that toss the toke up on the air so the entire table could see..one of those, "I'm a tipper, everyone look at me. I'm the best."

Let me say this, I don't think Broter is not a terrible person. I think he has some self confident issues always from the poker room, and he uses poker as a way to become and try to become something he desperately wants to be. He tries and craves the attention that he comes across as a total douchebag...again, not a bad thing, but damn when you hear and see the same shtick repeatedly, you want to take his head and pound it against the wall....ONE TIME!!!!!!

I'm sure the next time I'm playing poker and I see Broter stroll into the poker room, you can assure two things: 1) he'll make sure everyone knows he's in the room 2) one of the nittiest players will sit with you, so ask for a table change