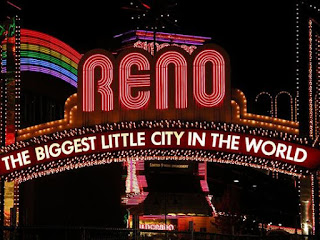 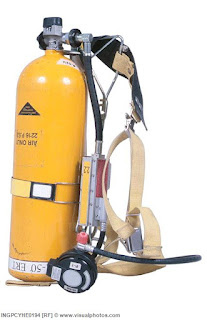 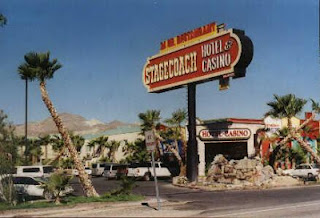 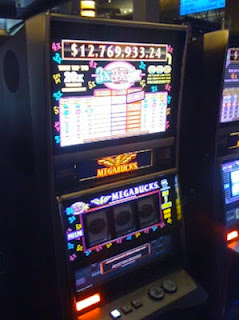 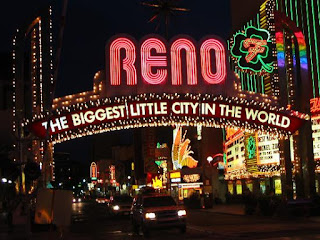 Today, I'm heading to Reno for a couple of days. My wife is playing the "Nevada Poker Ladies Championship" and I'm tagging along for 4 days of poker. I haven't played in two weeks, so I'm looking forward to getting a couple of long sessions in. Also, this is the perfert time to catch up on my sleep.

I've always said the most important commidity in your life is not money....it's time! It seems I never get enough sleep. I always get to bed at 11:30PM..toss and turn cause my wife doesn't turn off the TV, and I wake up at 5:50 AM, usually to take my stepdaughter to her bus stop, then I come home and do P90x for an hour. So there are days when I feel extremely sluggish and just dead tired. On my days off, I'm always doing something with my family, so I try to get in a catnap now and then.

So this Reno trip comes at the perfect time. I'm gonna get a lot of poker and sleep in, and hopefully watch my wife take down the Ladies Championship.

I'm not looking forward to the drive. The drive from Las Vegas to Reno is brutal cause there is no "highway" miles. Your literally trying through every small town in the entire state. I used to believe that Reno, Las Vegas, and Henderson were the only cities in Nevada. I thought the rest of the land was used as a test site for the military to try out their latest weapons...lol... Nope, there are other cities like Hawthorne, Sparks, and Indian Springs...with people milling around...even a WalMArt..and Yes, even small casinos..lol

Thanks to my iPad, I'm going to try to update my blog while I'm up there...Hopefully it'll be lots winning and lots of profits..:) 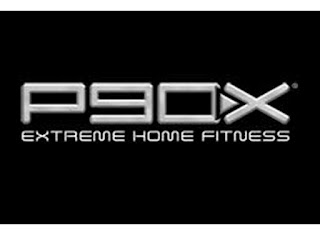 Been a while since I posted a P90x update...Just wanted to let everyone know that I haven't quit, in fact, I'm more motivated than ever...

One month, one week of P90x is completed and I must say it's been tough, but at the same time, very rewarding.

P90x is a tough workout...extremely tough because of the length. Each workout is an hour long and 6 times a week, but I know the routine inside/out. So I guess the easiest part is the familiarity with the routine. The other part is I'm having trouble sticking to the nutritional plan. It's not so much I'm eating Hamburgers, hotdogs, and Twinkes. I'm not overloading on Sugar and processed foods, and I'm not overeating. I love to eat..but sometimes I just want Buffalo Wings or a cheese sandwich.

With each workout, I feel myself getting more stronger and gaining more flexibility. I'm doing more push ups and pull ups, increasing my reps with higher weights, which in turn I've showed some definition in my arms and shoulders...it's a wonderful feeling knowing my hard work is paying off. My coordination, balance, and stamina are at an all-time high. I'm feeling awesome after every workout...

The only drawback and getting started. Each morning, I get up around 5:30AM, and sit on the edge of my bed, trying to get myself motivated to workout...When I feel myself falling back to bed, I use a technique I learned from Self-Help Guru, Anthony Robbins called the Pain/Pleasure threshold. The concept is basically every human emotion is motivated by two things -- seeking pleasure and avoiding pain. It's easier to avoid pain and having pleasure. I associate pain with not doing the workout which in turn gets me motivated to do it to get the ultimate pleasure of being healthy. When I think about the ultimate goal of being healthy, I pop out of bed and get through the workout.

Once I start the workout, I don't want to stop and the hour flies by....

5 Weeks in, I've lost 11 Lbs....maybe if I stuck to the diet a little better I'd probably lose more, but hey, can't complain about the results.....