TALES FROM BEHIND THE BOX: AN EXCERPT FROM MY NEWEST BOOK

I'm working on my 2nd book. This will from the world I know very well: Poker dealing! The synopsis of the book will be tales from the box. Stories from the world I see as a professional poker dealer. The idea of this book is a elicit an emotion from my stories: Happy, Anger, Sympathy, Love, and Sadness! I've written 50-70 stories, but I'm trying to condense it into 50 best of the best. In fact, I want to share a part of my creativity: so here's an excerpt my newest book:

“What is the difference between a puppy and a poker dealer? – Eventually the puppy will stop whining.

Sitting in the box (it's where a poker dealer works), I watch the diverse personalities at the poker table interact. On one side, a retiree Calgary who spends 8 months of the year in Vegas to get away from the cold of Calgary, Alberta Canada. He has to be helped to his chair from his motorized cart – one of the nicest guys I've ever met in my life. Very likeable guy, who's never said a bad word about anyone, who takes his bad beats like a true gentleman (no matter how bad those bad beats are), and a guy I generally root for. One another side, is a retired Army helicopter pilot from Arizona, who frequents our poker room 2 or 3 times a month – a tall imposing fella,who loves the game of poker, plays a tight game and has been friendly to me and everyone I've worked for – also our liaison for the Arizona Lottery along with Mega Millions, which we still have won...yet!!! This Arizona gentleman is so loyal to our room, he'll sit at an empty table for a hours until a game is started – all poker rooms need people like him. In the center is another retiree from Texas, who's apparently been poker his entire life, strolls into our poker room at a snail's pace, pushing his glasses up the rim of his nose at any moment, “Seat open??” he speaks in a soft Texan accent. Unlike, the other two gentleman, my Texan friend takes some horrible bad beats that I seemed to deliver at a frequent pace. He's a table-hopper, trying find the right combination of a good table draw and a good run of cards – all of which he does at the aforemention snail's pace...nothing is rushed with him. He is a true definition of a grinder. Tipping is not one of his strong points, despite it all, I generally like this man. I generally root for him to win......

There you have it. I'm really proud of what I've written, and I think this will be one of the best things I've ever written. Hopefully, when I complete this book, you'll enjoy these poker dealer stories as I enjoyed writing them. 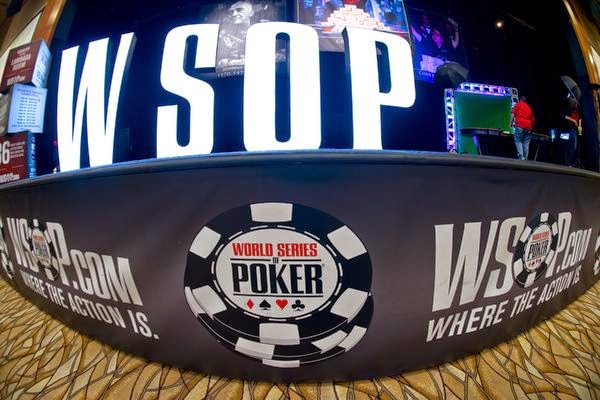 In two weeks, I'll be playing the World Series of Poker Employee Event. Being an employee of Caesars Entertainment, I'm not allowed to play any bracelet events except the employee event, which is absolutely ludicrous for reasons I may explain in a future blog.


Haven't played the employee event in 5 years mainly for 2 reasons 1) The structure is horrific, when I first played we only got 1000 in tournament chips. They upped the ante to 3000 chips for this year's event, which still horrific 2) I've had terrible luck lasting a grand total of 5 hours in 2 separate past employee tournaments.

So why am I playing it this year and forking over $500 when I know the structure is terrible, and I know I'll be a huge underdog to cash despite being a fairly decent tournament player?? Because I want too...sounds simplistic but I really want to play it this year. The shot at the coveted World Series of bracelet at the end of the tournament -- I want to win and wear it to work the next day, and have customers point to it, asking "What's that?" What a great conversation piece it would be??

Also, I want to feel the buzz surrounding the world series. Through the pop and circumstances, the World Series of Poker is the mecca of the poker universe. Everyone who loves the game of poker, everyone who plays poker, everyone who dreams of winning a bracelet, wants to prove themselves on the grandest stage of them all -- at the highest level. Nothing compares to the buzz, hype, the ambiance surrounding that month and a half of just poker actions pulsing throughout the rooms. It's a feeling like no other -- an orgasm for action junkies if you will.

So do I think I have a chance of winning the 2014 World Series of Poker Employee event?? Yes I do. Will it be difficult?? Of course it will. But I'm going to out there and swing for the fences and hope the cards fall my way. Perhaps they will, and I'll be sitting there in the end behind a mounting of chips holding up a bracelet with a huge grin in my face.

Dreams turned to reality, will it for me?? We'll find out when I put my skills to the test starting May 27.