"WHAT A CALL!" -- ANOTHER LONG LINE OF POKER HERO CALLS 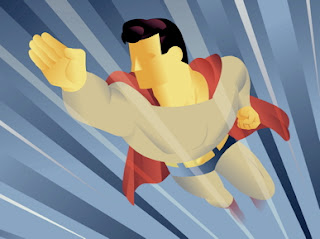 I really hate the term "hero" call. The word "hero"should be reserved for people like the military, police, and firemen who actually who's mission is the serve and protect the freedoms we American enjoy. Someone who calls with a Queen High in a $1-$2 game in a $20 pot for $5 should use the term "hero".

A while back I wrote about my poker night at the Luxor with fellow bloggers Lightning , Lucki Ducki, and robvegaspoker , if you need to refresh your memory check it out here. (Sorry if it brings a sore spot for you, Lightning :))

Anyway i wanted to talk about another hand I played that didn't involved any of the poker bloggers. There was another gentlemen playing with us, probably in his mid-40ish, probably the worst player at the table, was into his 4 buy in, and probably his last $100. The other bloggers each took their shots at this guy and managed to chip away at him. Everyone but me, then this hand came:

After this 4th rebuy, he moved from the 8 seat to the 1 seat. I was sitting in the 10 seat. It's folded around to me and see Pocket 6's...I make a standard raise of $8 (As I tossed my $8 in, Lucki Ducki had just racked up and was saying his goodbyes to everyone. I returned the salutations. Lucki Ducki was small talking with Lightning and RobVegaspoker)...mid 40ist guy calls from the button, SB calls, BB folds so we take the flop 3-handed:

Flop comes 7 4 3 rainbow, Small Blind check to me. I bet $12....called by the button, Small blinds Folds. We're now heads up going to the turn. At this point, I'm assigning him to a range of a pair, a suited connector, or maybe something like A-5 or A 6 suited, but being the worst player at the table, I couldn't entirely takeout broadways cards like QJ or KQ out of his range.

Turn brings a King. Although I do think KQ is in his range -- I believe it's in the bottom of his range. I want to bet again here just in case he's playing a hand like A-5 or A-6, cause I'm know he's probably calling. I didn't want to bet too much to drive him away, but at the same time, I want to get value from my hand...I settle on a bet of $20. Instant call from my opponent.

River is a 9. I think this card is a total blank. I thought about the best way to play this hand..I thought betting out again, but I don't think I'm going to get a call from a worst hand. Also, if I get raised, I'm going to be faced with a tough decision even against a titled opponent with a wide range...Checking is probably the best play here, hoping I get a showdown, but be willing to call a modest bet...I tap the felt, and before I could blink...my opponent shoves the rest of his chips in..

WOW!! Didn't expect that. I asked for a count...it was $80. With around $70 in the pot, my first instinct was to fold, not because I thought I was beaten but it was something else very tangible, and probably the wrong reason....You see at the time, I was up around $200, and I was nearing the end of my session. I wanted to make sure I booked a win and at the time this hand came up. This, of course, is the wrong way to play poker. If you're playing "scared money", you probably shouldn't be gambling.

As I thought about what to do, the thought crossed my mind, "You can't play scared, you gotta to with your gut. If you're wrong at least you were true to yourself" I began ruffling the chips faster and faster as time inched by..felt like forever..then I did something I've never done.

"Can I show my hand?" I asked the dealer. Most poker rooms, the ruling is always if it's heads up you can show your hand, but occasionally you come across a room who rules the  hand is dead even if it's heads up, so I wanted to get clarification from the dealer.

"Yes you can." The dealer started.

I flipped over my pocket 6's, immediately placing a chip on it to indicate that I wasn't folding. At the corner of my eye, I could see my opponent leaning on his open mouth, covering his mouth, and he kept his eyes squarely on the flop. As I was I riffling my chips I looked over to my right, where another $1-$2 game was running -- that one was a wild game where I could honestly say there had to have been 3K-4K chips on the table. At that moment, I wish I was at that game.....I looked back at my opponent and saw him glance at me, then back at the flop, then at me....His eyes darting back and forth like one of those cat-eyes clocks which rotates with every passing second.

Then I saw something my opponent did which helped me make a decision -- it was subtle move, something I probably wouldn't have if I wasn't paying attention: in the midst of darting his eyes back and forth...He quickly looked his chips, then looked down....It's a pattern I've seen many times when I'm dealing usually indicating a bluff....A second later, I pushed my chip towards the pot and announced call....My opponent mucked his hand instantly and stormed out of the poker room, talking to no one in particular, "I can't believe he made that call!!!!!"

As I raked the pot, I got congrats from Lightning and Robvegaspoker, "Great call" Coming from those guys, it meant a lot...LuckiDucki said goodbye once again, and left....Soon after, Robvegaspoker and I left....What a great night of poker playing with my poker blogger friend and having a winning session.